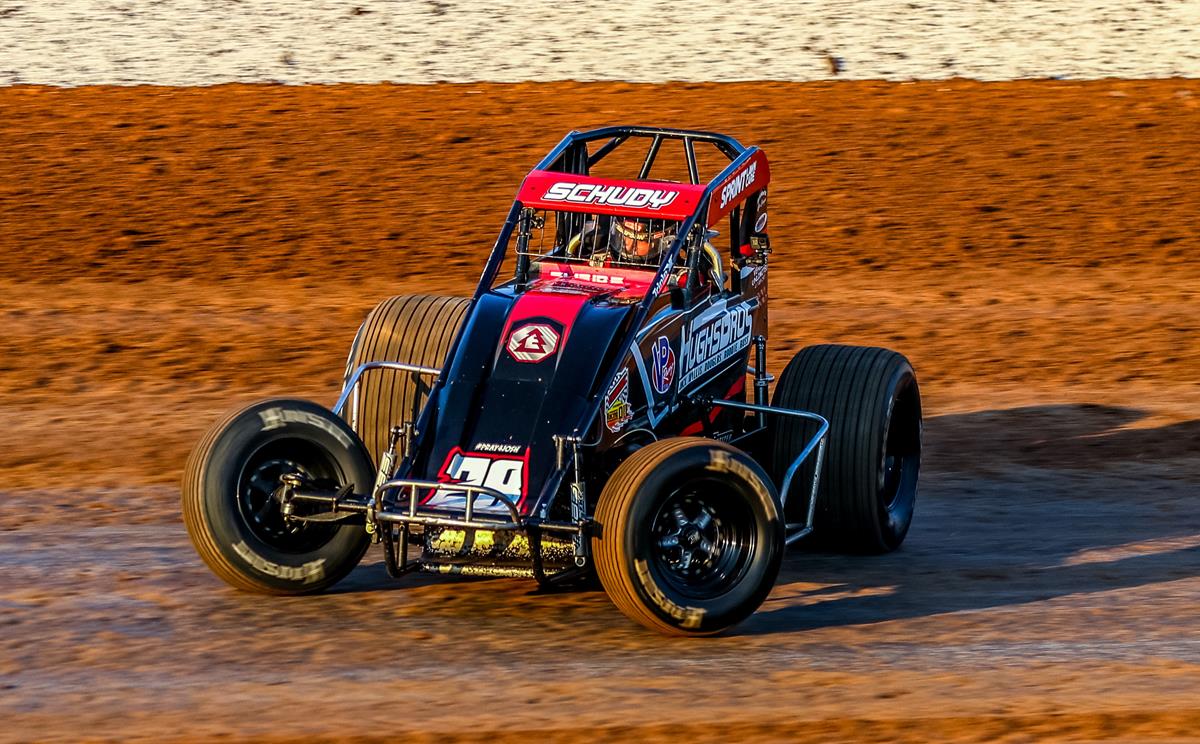 WHEATLAND, MO. (Sept. 13, 2022) - After finishing off his first Lucas Oil POWRi WAR Sprint League championship, Kory Schudy can envision no better way to top it off than winning one of his sport’s biggest events.

“It’s a big race for us. It’s huge,” Schudy said of the 12th annual Jesse Hockett-Daniel McMillin Memorial, kicking off its three-day run on Thursday at Lucas Oil Speedway.

“For us regional guys, it’s the biggest race of the year,” continued Schudy, a 37-year-old from Springfield who has already locked up the POWRi WAR points chase. “We look at Jesse Hockett as a local legend. You definitely want to put your name on that win list.”

Schudy thought 2021 might have been his year, driving to a feature win on a preliminary night. But he came up short in the big show on Saturday, finishing fifth after winding up fourth the previous year.

“It would mean everything,” Schudy said of winning the final-night feature, worth $4,077 and a priceless amount of prestige. “We’ve won some races around here, but that one keeps eluding us. Last year was definitely our best shot. They did a little track prep right before the race and we missed it just a little bit and that was on us.

“Hopefully, everything goes right and this can be our year.”

More than 60 entries already are in the WAR field, which will run split-field preliminary nights on Thursday and Friday, leading up to Saturday finale. Feature winners the first two nights will earn $2,000.

The event recognizes the legacy of Jesse Hockett, from Warsaw, Missouri, who was a star in both the winged and non-wing sprint divisions when he lost his life in a shop accident in 2010. His cousin and crew chief, Daniel McMillin, was killed in an automobile accident in 2006.

Schudy said he didn’t have a chance to race against Hockett, but saw him race many times and that made a lasting impression when finally making the transition from micro-sprints to midgets and eventually wingless sprint cars.

“He definitely was a true talent,” Schudy said of Hockett.

Schudy has earned three WAR feature victories this season en route to the title, a season after earning the USAC Midwest Wingless Racing Association title in 2021.

“We only had one or two nights that weren’t up to par, but we had three wins and finished second a lot,” he said of the 2022 season. “It’s definitely been a season to be proud of.”

It’s been the continuation of a successful partnership with Jon Sawyer Racing over the last few years.

“It’s been a pretty good run with us,” said Schudy, who noted the partnership began in 2016.

“He’s in Strafford, we’re in Springfield. When you’re running Midgets, you know the guys in this area that have ‘em,” Schudy said. “It happened to work out one year at the Chili Bowl that I was looking for a ride and we were parked next to each other. It was kind of meant to be.”

Schudy is quick to credit brother Kris Schudy with taking care of the car at the track, plus a strong core of sponsors that have been around for multiple years. In addition to Jon Sawyer Racing, those include Empire Energy, VP Fuels, Champion Oil, Hughs Brothers, Sprint Lawn Care and Vehicles Unlimited.

The goal this weekend is to again have a successful preliminary night to gain a favorable starting position on Saturday, then let the chips fall where they may.

“It’s a big event with over 60 cars entered,” Schudy said. “You have to have some luck on your side and get through your prelim night. It definitely helps to get locked in and start up front with the competition that comes in for this one.”

On the winged side of the action, the Lucas Oil American Sprint Car Series will point toward a $10,000 feature payoff on Saturday after $3,000-to-win preliminary night features.

ASCS format for the three-night affair has been adjusted to remove the duel heat-race format in favor of the current qualifying format utilized by the Lucas Oil ASCS. One difference from the current format will be that teams will hot lap and qualify at the same time, with each hot lap-qualifying group split so no more than five cars will be on track at one time.

Drivers will complete all three nights with event points awarded every time a driver enters the track in order to set the field on Saturday. Event points are different from the qualifying/passing points and are not used to set nightly lineups.
The change comes as tires continue to be an issue across the industry, as well as eliminate unnecessary time on the track to quicken the event and reduce wear on the cars.

The heat and qualifier format was used to take the issue of the draw out of the equation, but with the current ASCS National Tour format, that has been addressed.

J.J. Hickle of Quilcene, Washington, captured the ASCS final-night feature one year ago at the Hockett-McMillin Memorial while Wesley Smith of Nixa, Missouri, is reigning champ of the POWRi WAR Sprint League.